IS PHONE ADDICTION GETTING NORMALIZED? WHERE DOES IT EVEN STEM FROM AND WHO IS AFFECTED THE EASIEST?

Text and picture by Zarja Berk

The new era of technology that is up on us makes it almost mandatory to carry a mobile phone around. Since phones have been a part of the younger generation’s life since the very beginning, developing an addiction has been almost unescapable.

I think mobile phone addiction stems not necessarily from the innovation of phones but rather from companies chiming in trying to make more money but also just making phones more accessible, practical and multifunctional. More and more companies have started making apps, especially games, for phones, but not just that: social media has also been created. Things like Instagram, snapchat, twitter, Facebook, YouTube and so on have become the new “IT” thing. They don’t just target young audiences and users but they have also created a new way for businesses to develop and advertise their products.

So really using a phone is not too difficult and it also targets almost the whole age spectrum form little kids that can use a phone for distraction, teenagers can use it for communication and information, millennials and older people as a job outlet. People can even argue that a phone is basically like a mini computer.

So, people that suffer from phone addiction are mostly teenagers and people in their 20s. The biggest reason is social media. Since not only can you talk with your friends, you can also make new friends interact via comments, photos and more. It’s easy to get sucked in it all.

People that are obsessed with social media feel the constant need to check their feed, so they don’t miss any little thing that may be happening. We could say that phone addiction correlates with FOMO.

So, having a phone addiction in this time and age isn’t considered abnormal but is rather getting normalized and accepted, as more and more people suffer from this addiction. But I personally think that people who suffer from any type of addiction are usually mentally weak or unstable. But being addicted to anything and finding help is hard, so you shouldn’t be ashamed of it.

If you want to get help you firstly need to admit that you have a problem. You can talk with people about it, maybe with people that suffer from it too. Finding a therapist if the addiction is too severe, can also be an option. But if your addiction isn’t that severe you just need to discipline yourself. You can start with putting down your phone and trying to understand and prioritize the important day to day tasks and organize your time accordingly.

ARE YOU AN ADDICT?

Do your parents often tell you that you should put your phone down? Do they call you a phone addict? Phone addiction is a disorder involving compulsive overuse of mobile devices, usually quantified as the number of times users access their mobile devices and the total amount of time they are online over a specified period. (source: www.whatis.target.com)  Another word we can use to describe phone addiction is nomophobia (fear of being without a mobile phone). I’m sure you’ll agree that phone addiction is a common problem in today’s society.

To begin with, phone addiction is most common among teens. We use mobile devices to communicate with our friends, check social media, watch videos on different streaming services, and also play games. But do we need our phones every second of the day? Are they that important?

If you answered with an affirmative answer, you might be a phone addict.

Everyday phone use longer than 20 minutes at a time will lead to worse sleep quality and duration. Sleep deprivation is also a sign of FOMO.

On the other hand, adults also suffer from phone addiction. They often won’t admit it but it’s real. It’s not as common, but trust me: it can happen to anyone. Have you ever caught your parents using a phone while eating dinner? In most cases, they are doing stuff for their job but sometimes they also just browse Facebook.

However, I still think that it’s a bigger problem for teens. Why don’t you try and test yourself how long you can go without using your phone? If that doesn’t help and you’re failing at doing it, I recommend you try setting up an app called Screen Time. With this app, you can set a time limit for different apps and after you reach that limit, the app will close and you cannot access it for the rest of the day.

However, phones can be really useful. You can quickly call for help if you’re in trouble and you can also access important information fast. Phones are a big part of some people’s jobs, as I mentioned before. They are often used by people who work in marketing, being a PR in a company, and really in any business. They are a lot easier to use than computers because they are smaller and have different features.

I also think you should remember something. You never did and you never will forget about all the beautiful memories you had with your friends and family. Now ask yourself: Do these memories involve phone use? I think the answer is quite obvious. Please try to cut your daily phone use and spend more time with your loved ones, because those are the moments that will stick with you forever. 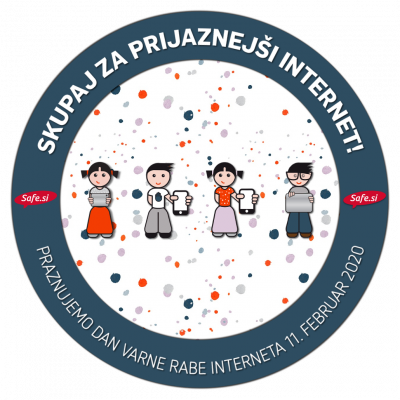